The House Price Index Report -What does it mean? 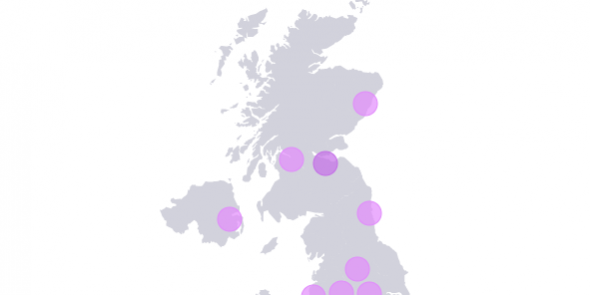 Zoopla’s new House Price Index Report gives us plenty to think about! Brexit ‘hangover’, the COVID-19 pandemic and grave warnings of a looming ‘super-recession’ don’t bode well for any industry. The sometimes volatile, usually rising and always interesting housing market is no different. Or at least that’s a reasonable assumption.

But the COVID-19 era UK housing market isn’t behaving as some may have anticipated.

Against many measures the housing market is at its most buoyant level in more than five years. August saw agreed new sales per agent running at 76% above the five-year average. Larger homes – four and five-bedroom houses are selling quicker* now than during the same time last year – both at 16 days faster on average (five-bedroom homes at 32 vs 48 days and four-bedroom at 29 vs 45 days). Not only that, but larger homes are also selling more quickly than flats right now.

Sixteen out of 20 cities in the UK saw house price growth of over 2% above inflation over the course of a year. Nottingham, Manchester and Leeds all saw growth in excess of 3.5%.

Three-bedroom houses – the most popular (and common) property type in the UK – remain in demand, with an average selling time of just 24 days.

We’re not in a boom period to compare with some we’ve seen in the recent past, but why the healthy housing pricing stability during one of the most unsettling periods in living memory?

Industry commentators speculate that some wealthy homeowners are bringing forward decisions to sell larger, more expensive properties in anticipation of a change in capital gains tax.

The impact on house prices during a recession shows up more in housing sales than pricing levels – ie, the number of homes turning over, not what they’re sold for. The 1990-91 and 2008-09 recessions saw sales volume decrease.

A new factor at play in the housing market which may be impacting the increased speed in which larger properties are selling is more people wanting a ‘study’ or home office. With some businesses already closing their premises and a major shift in working behaviours during the pandemic, more people working from home (and for more of the time) is going to be one of the biggest shifts in changing work habits in a generation.

This change, ideally and for many, means more space needed at home.

Approximately 50% of homeowners don’t have a mortgage and many who do have considerable equity in their homes, meaning the potential fluidity – and spending power – across this demographic is high.
Although the ending of this government’s furlough scheme will likely present some challenges for homeowners whose positions (work and financial) have changed in the last few months, it’s clear that despite the looming recession the old-fashioned concept of bricks and mortar being a sound investment continues to ring true.

*Selling time, as listed here, is calculated from when the property goes on the market to it going under offer or sold subject to contract. It can take another three months to complete in most cases.